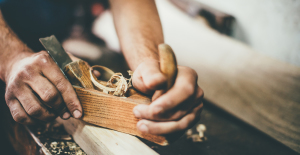 Jim was a 1972 graduate of Wabash High School.  He retired from John B. Schetzsle & Sons.  Jim also worked and sold cars for Steve Pusnak.  Jim enjoyed woodworking and was a skilled woodworker.

Online condolences may be sent to the family at www.mcdonaldfunerals.com